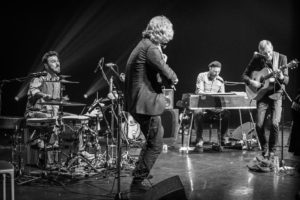 Thomas Noël and Wouter Vandenabeele first ran into each other in the dim nineties as members of an underground folk band which adopted the nightlife of Ghent and Aalst as their favourite hangout.Later on they went their separate ways :  Thomas hit the road to Australia, Asia and New York,  Wouter travelled to Africa  and Greece.

They seemed predestined to meet again, but that did not happen until 2014 in Istanbul. This time they both brought a backpack filled with music and experiences from all over the world.

So eager were they to work together that they engaged head over heels in a large number of projects.  They collaborated with Özge Öz  from Turkey  (as a result of the Yolda project initiated by the Handelsbeurs and the Centrale in Ghent), they played with Palestinian musicians in Ramallah (The City’s Song project by Frontiera),  they hatched plans for future projects in Ireland,  South-Africa,  Senegal, …   and they went on a tour  with South-African singer Stella Khumalo. For this latter feat they teamed up with Jeroen Knaepen, a young guitarplayer from the Waasland, with whom they decided to start up a trio. This trio was later supplemented by the Canadian percussionist François Taillefer.

With the pulse of the guitar, the plaintive sound of the violin, the delicate piano or the luscious rich Fender Rhodes and the colourfull grooves of percussion this ensemble may explore musical territory as diverse as Sephardic music from Greece or the Balkans, sentimental waltz ditties, bluesy grooves, slightly unhinged tunes, Brasilian Forro’s or Oriental songs.

Two musicians from Ghent, a filmmaker and a photographer head to a city and bring with them a song. On location they meet singer-songwriters and musicians. Together they make a contemporary musical and visual portret of the city.

The City’s Song is looking for the contrasts between the lyric reality of the poet and the naked reality of the documentary maker. She sets up collaboration and exchange and brings a journalism with music as the language and image as the carrier.

Apart from the musicians a documentary maker and a photographer are part of the team, documenting the live process and creating their own song. The urban setting is explored through images with topical interest as well as universal images that try to evoke the identity of a city, the atmosphere, the interaction and overall activity.

In 2014 the project got officially on the rails with 2 episodes: Mexico-City and Ghent. In 2016 – 2018 we covered Ramallah, Palestine and inbetween we worked on The Jo’burg Sessions with South-African singer Stella Khumalo. At present The City’s Song is creating The Tehran Sessions.

‘There is no square where we can meet’

With The City’s Song musician Thomas Noël – initiator and coordinator of the project- wants to explore cities worldwide and, together with other artists, create a musical and visual story about them. In 2016 he travelled together with violinist Wouter Vandenabeele, photographer Sammy Van Cauteren and documentary-filmmaker Jonatan Lyssens to Ramallah in the West Bank, Palestine. There they met up with Palestinian musicians. An intense friendship and a creative collaboration grew with Shadi Zaqtan, Ahmed Hawwash, Ashira Ramadan and Eleni Mustakklem. The result is a cosmopolitan hymn to the super-divers city.
We hereby present you the film which was made about this journey and artistic cooperation.
A quiet film, that wanders through the city and visualizes the everyday life in the streets and markets, as well as the landscapes and the unreachable horizon just outside the city. The eye of the filmmaker meets the eye of the inhabitants and the artists. The imagination of the poet finds its way into the song lyrics. Clichés are being deflated.

Virtually, one goes of wandering through the city and enters the rehearsal space where the musicians are involved in conversation, and are creating beautiful poetic songs and instrumental pieces. The personal story and the concrete interaction forms a central theme within the imaging. It is here that lies the added value in the film.

Of course, Ramallah is not an ‘ordinary’ city. This film gives an honest image of everyday life within the context of a political conflict, the ongoing Israeli-Palestinian conflict. But there is more. The viewer meets people whose ideas are shifting and whose horizon broadens through the artistic exchange. They are pinning their hopes on non-violent forms of resistance, through artistic expression and cooperations. The impact on people’s imaging is undeniable. This is very heartening – looking beyond the conflict, to keep expressing oneself as a human being, to continue to grow, to break free from the stigma. 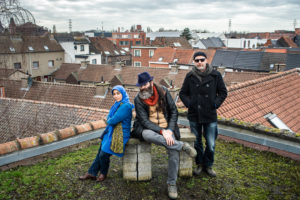 The latest episode in The City’s Song project is Tehran. We look at Iran’s capital through the eyes of Singer and Setar-player Soroosh Gharahmanloo, Belgian based Iranian Daf-player Farnoosh Khodadadeh, filmmaker Jonatan Lyssens and initiator & multi-instrumentalist Thomas Noël.

Performances are scheduled in Belgium for 2021.

In 2016, the Reno boat moored in Ghent and served as a reception center for refugees. Inspirator Thomas Noël gathered some musicians among them in De Centrale and started weekly music sessions. In time, other musicians with a migration background joined in and The Boat Band was born. In varying line-ups, the group experiments with a repertoire that partly consists of original works and adaptations of music from the musicians’ home countries. 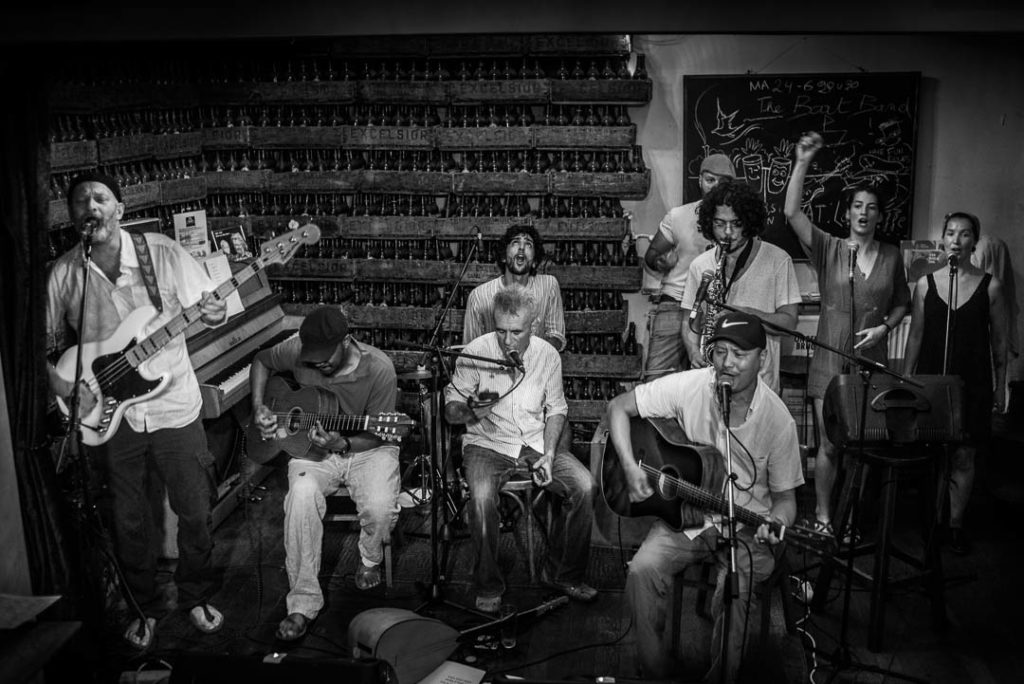 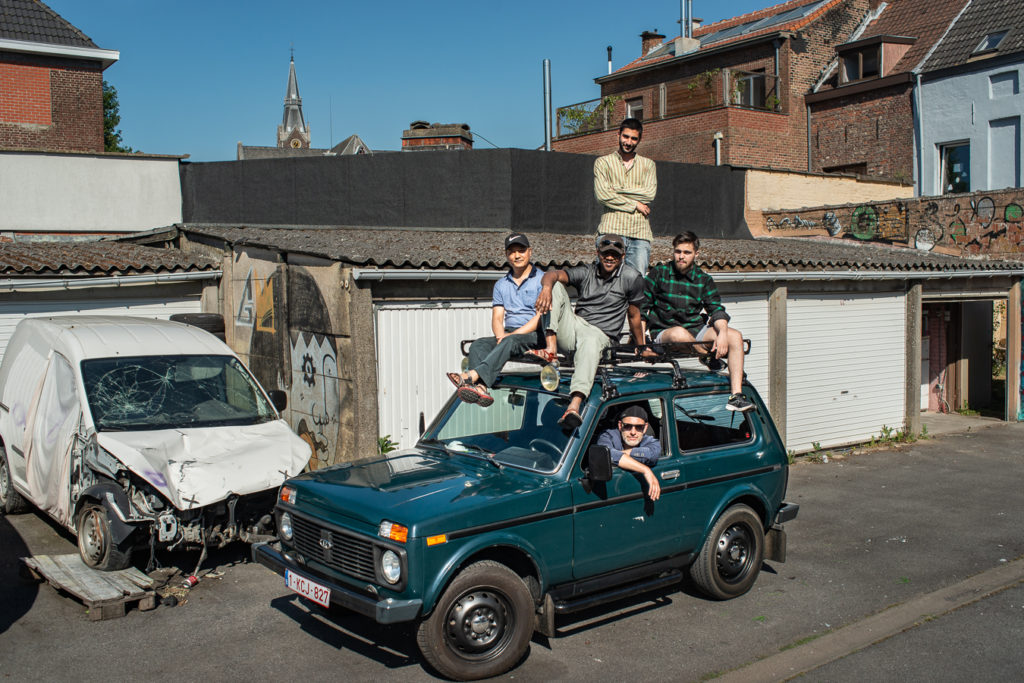 Currently The Boat Band is working on a new audio-visual performance: ALRAWI. Available in september 2020! 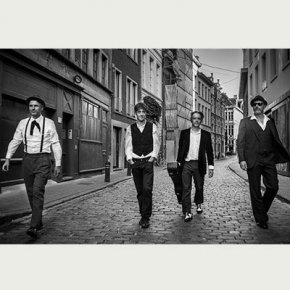 Some say that Loosey Goosey interprets songs about love, death, war, booze and murder like a pack of stray dogs from the thirties of the past century. Therefore they take a quirky dig into the work of Brecht & Weill, Waits and Cohen, amongst others. Also there’s their own work. Thematically not really a ‘walk in the park’, but live this could all end up in a feast for the eye, ear and your dingy fantasies. But then again, there’s just a handful of people who where there, or are able or willing to tell about it. What we do know is that these gentlemen of questionable reputation in dusty clothes of the finest quality prefer to make their musical plans in dark cabinets of curiosities and old dogs. But most people deny ever having met them. Why could that be? And what is there to be found at the bottom of the pond?
Loosey Goosey: ‘Imprecise, disorganized, or excessively relaxed’ (English Oxford dictionary)